Your vision. Our expertise.

the story behind the name

GIOVANNI BATTISTA VENTURI was born in 1746 in Reggio (Italy), of a family in easy circumstances. He received there a good education, and while still young showed that he possessed a keen intellect and wonderful memory, being able to repeat word for word a sermon which he had heard once. At twenty-three years of age he was ordained priest, and he became a professor in the seminary where he had passed his youth. The value of Venturi was soon recognized, and he was called to the University of Modena, where he taught geometry and philosophy.

Later his extensive knowledge obtained for him, through the Marquis of Rangone, Minister of the Duke of Modena, the posts ducal mathematician, State engineer, and auditor. As engineer he was engaged on many works, such as the building of bridges; rectification of water courses; draining of marsh land; and the establishment of State regulations for the construction of river dams. Owing to his great reputation as an Engineer, Venturi became an authority on hydraulic questions, and was often applied to in cases of arbitration. He also took a keen interest in general scientific question. In 1786 he was given the post of Professor of Experimental Physics at the University of Modena, which gave him the opportunity of organizing a laboratory which he furnished with the most up-to-date apparatus. These numerous occupations did not prevent the Abbé-Savant from studying

Founded in 2015, Venturi Engineers LLC chose to recognize and honor a remarkable historical figure rather than adopting the names of its founders or owners. Venturi was a man of many talents who contributed greatly to the field of Civil Engineering, specifically in the area of hydraulic theory, and who has inspired us to take a holistic approach to engineering. 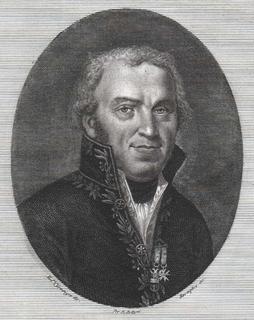 literature and poetry; and at that the death of the historian Tiraboschi he succeeded, with the aid of his great knowledge, in finishing the publication of historical memoirs of the town of Modena, a work which the death of Tiraboschi had left incomplete.

When the Duke of Modena undertook negotiations with the Supreme Executive Council of the French Republic, the Abbé Venturi became Secretary to the Legation and was sent to Paris. But soon recognizing that the negotiations could not be brought to successful issue, Venturi settled down in Paris for some time in order to improve his knowledge of physics and chemistry. He there made the acquaintance of the most learned people of the age such as Cuvier, Hauy, Biot, Lalande, Monge, Laplace, and many others. During his stay in Paris, Venturi published several treatises; of these we may recall one on the movement of camphor on water, and another of great importance, “Experimental Researches on the principle of the Lateral Communication of Movement in Fluids applied to the explanation of different hydraulic phenomena.” It is the latter work which propounds and demonstrates that law of nature now known by Venturi’s name. He also published works on the researches of Leonardo da Vinci and of Galileo.

The deep respect in which Venturi was held during his stay of a year and a half in Paris resulted in his being warmly commended in a letter addressed to General Bonaparte by Lalande, Director of the Paris Observatory, who spoke of him “as one of the men most competent to bring renown to Italy and to build there useful waterworks and do good work in mathematics and physics.” In another letter to Bonaparte, Venturi is praised for his ability in the art of civil engineering and military architecture. The Abbé Venturi made use of these letters in order to frustrate the intrigues of those in his country who tried to oust him from his position at the University, and also in order to seek the protection of General Bonaparte, who received him with great kindness. Bonaparte made him a member of the Corps Legislatif and a professor at the Military School of Modena, and also appointed him Chevalier of the Legion of Honour. Subsequent to this, however, adverse political influences were the cause of Venturi’s being subjected to many vicissitudes, even to the e of imprisonment. But after the conquest of Italy the First Consul gave him a professorship at the University of Pavia, and he was entrusted also with several diplomatic missions. During this period, in addition to his other numerous duties, Venturi found time to engage in mine work and hydraulic construction. Later he was Diplomatic Agent of the Helvetic Confederation, which compelled him to study questions quite different to those to which he had devoted nearly all his previous career. He spent some twelve years in Switzerland, during which time he accomplished his difficult task in a manner that commanded the admiration and respect of all. He eventually retired in 1813, owing to failing health, and was granted by the Emperor a pension on the maximum scale. On his return to Reggio he set about the publication of a number of scientific and literary works.

Venturi died in 1822, at the age of seventy-six. As will readily be gathered from the foregoing, he was a man of remarkable talent and of extraordinary activity, which led him to study numerous questions and undertake many things. Savant, man of letters, and diplomatist, he always showed himself endowed with an observing and penetrating intellect, and with great ability in dealing with technical problems. In reflecting on the widely varied character of the many offices and functions Venturi was called upon to fill and perform, one cannot fail to be impressed by the great gifts and versatility of the man. Eminently gifted, witty, frank, loyal, and a patriot as he was, it was left for Herschel to revive his reputation and add fresh lustre to his name.